Why do we split long seasons in to two parts?

We talk about "seasons" a lot at Just Play, but what does that actually mean, and how are they structured? Let's dive in!

When you sign up for a spot in a league (for example, Thursday Mixed Volleyball in Richmond) we'll list the number of games 👇 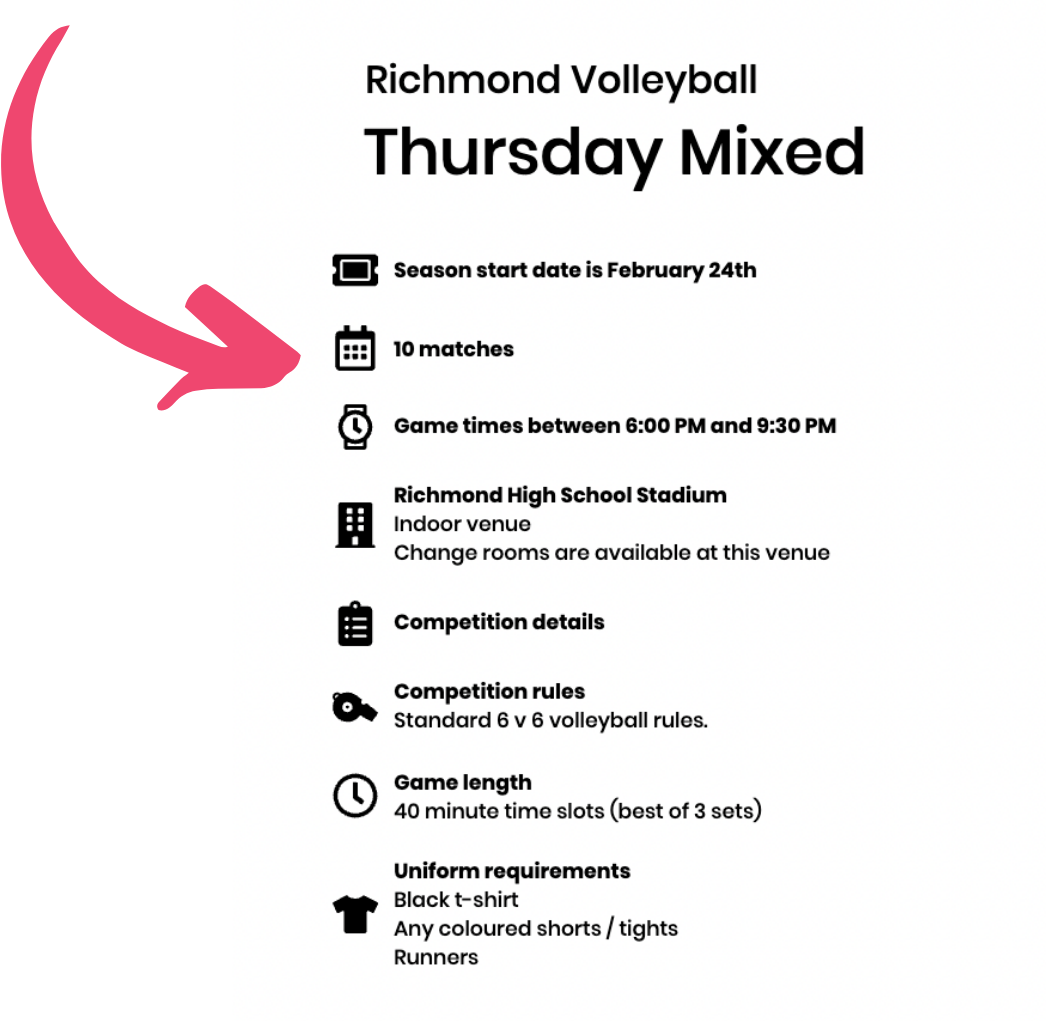 The number of games on the league listing page makes up a Just Play season. The number of games listed is our best estimate and these can change for a large number of reasons, including: Bye's / Grading games / Finals / Forfeits etc.
(Read more about this here)

A Just Play season is not necessarily the same season structure that the competition provider is running.

We work with many different competition providers all around Australia and many of them have vastly different season structures. Some providers run two very long seasons per year, others have 4 seasons of 12 weeks, and so on.

For seasons that run for more than 16 weeks, we split it up. This is referred to around JP HQ as a 'split season'.

What is a Split Season?

The two main reasons for this are:

💸 To keep the upfront registration costs down. With our seasons running at a per game cost, splitting the season in two makes it more affordable for our players.

🗓 To provide some flexibility for people who can't commit to a whole 16+ week season upfront. With 75% of our players renewing from one Just Play season to the next, most of the team will stay the same from part 1 to part 2 - but this allows for a few players to change over if need be.

For example: registration for a 22 game season is completed as 2 x 11 game season registrations (part 1 and part 2). Current team members are guaranteed a place in season part 2 via our team subscriptions.

Our team subscriptions ensure everyone wanting to remain a part of the team and continue playing can do so!

95% of our seasons run back to back, which results in a lot of our players opting to play multiple seasons with more or less the same crew (we’ll always keep teams together).

Following the subscription renewal date all remaining places in the team are sold on a first in, best dressed basis until sold out.

To chat to Customer Support, head to the inbox in the Just Play app, or click the chat box on web. 🙌